“WE ARE OCEAN, Wadden Sea”

What: GRANATafel north sea shrimp shelling performance with the school students of OBS Dorum created by the artist Insa Winkler

GRANATafel is a performance that was created collectively by the artist Insa Winkler with the students of the OBS Dorum. Through this action, they will recall the traditional practice of regional shrimp shelling and willow trap shrimp fishing in the Wadden Sea, which is in stark contrast to the mass processing of the North Sea shrimp today. If you also want to be part of the performance, then come to the German Maritime Museum in Bremerhaven at 11 am on July 5th.

The performance is part of WE ARE OCEAN Wadden Sea, an international project of ARTPORT_making waves, in which the students, together with the artist, reflected on the effects of climate change on the Wadden Sea, as well as the specificity of the Wadden Sea, its tides, and flora and fauna. In an initial phase in April during a workshop created ‘Kunstreusen’ made of willow sticks, which form a giant North Sea shrimp and will be suspended in the Wadden Sea in early July. This commemorates the uniqueness of Erhard Djuren, the remaining willow trap fisher in Wremen. Particular attention will be paid to the feasibility of alternative ecological techniques in the future.

The German artist Insa Winkler works in the field of environmental art, focusing on human and nature, landscape and ecology, and the philosophy of flora. The artist obtained her diploma in fine arts from the Muthesius University of Fine Arts and Design in Kiel (1989) and a postgraduate M. Sc. in architecture and environment from the University of Applied Sciences Wismar (2009). She holds a PhD in cultural and sustainable sciences from Leuphana University of Lüneburg (2020). Since the beginning of the 90s, she has deepened her own transdisciplinary methods of “Social Landart” at the interface of art and sustainability.

WE ARE OCEAN Wadden Sea is an interactive journey developed by ARTPORT_making waves, curated by Anne-Marie Melster and in collaboration with the Wurster North Sea Coast National Park House. In addition to the German part, there are also projects in the Netherlands and Denmark, which will be gathered in Wilhelmshaven in November for the Trilateral Wadden Sea Conference. ARTPORT_making waves is an international curatorial collective that focuses on art projects that study climate change and sustainability. It was founded in 2006 and has organised numerous innovative art and cultural projects that promote tolerance, sustainable development, and the common good. 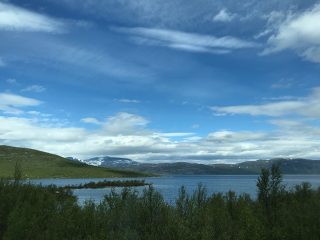 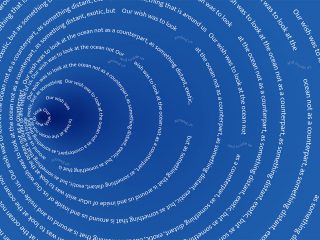 Next Project (n) WE ARE OCEAN Berlin+Brandenburg Book