Sophia Bulgakova for WE ARE OCEAN Wadden Sea

Anne-Marie Melster (for Germany), Anastasia Loginova (for The Netherlands), Julia Moritz (for Denmark)

“WE ARE OCEAN_WADDEN SEA” brings together a diversity of stakeholders in and around the region in three different countries (Denmark, Germany, and The Netherlands).

The project gives a voice to the local people, the most engaged caretakers of the environment, and connect them with artists, scientists, policy-makers, and educators to join forces and make the importance of a healthy Wadden Sea habitat visible.
The project – which we aim at transforming into a movement – gathers regional artists and connects them with thinkers, scientists, fishermen, writers, educators, students, and civil society in general.
It takes place in 2022 and 2023 in the three selected regions and has the potential to grow to a city- or region-spanning program over several years.

“WE ARE OCEAN WADDEN SEA” is an interactive journey created by ARTPORT_making waves, curated by Anne-Marie Melster in partnership with the BUND Lower Saxony, the Nationalpark Haus Dorumer Tief in Germany and iii and the World Heritage Wadden Sea Center in the Netherlands delivered by a group of artists in Germany, Denmark, and The Netherlands wherein a first part local students will reflect on the effects of climate change on the Wadden Sea and how this is affecting the ecosystems and the culture of the land.

The German and Dutch workshops took place in 2022 and the Danish part will follow in 2023. All three projects will be brought together at the 8th Trilateral Governmental Wadden Sea Conference in Wilhelmshaven in November 2022.

The German part, with the subtitle KUNSTREUSEN, was created by artist Insa Winkler. In a first workshop series in April, she introduced the students of Oberschule Dorum to the traditional craft of trap fishing. Together they created ‘Kunstreusen’ (art fish traps) out of willow rods. This commemorates the uniqueness of the remaining trap fisherman Erhard Djuren in Wremen, and draws attention to the feasibility of alternative ecological techniques in the future.
In a second workshop series in July the ‘Kunstreusen’, in form of a gigantic North Sea Shrimp, were placed in the Watt (mud flats) by the students and the artist, as well as the curator Anne-Marie Melster and the marine biologist Matthias Mertzen. After two floods the traps were recovered again to investigate and reflect on this special environment. To complete the workshop Insa Winkler created a collective shrimp shelling performance together with the students, to highlight the value and sustainability of local food production at the “Schifffahrtsmuseum Bremerhaven”.

The Dutch part: The Beauty of Proximity: Sensing the Wadden Sea was created by the artist Sophia Bulgakova and also consisted of two series of workshops where she, together with the marine biologist Renate Prins, and the students explored the Wadden Sea in Friesland and on the island of Schiermonnikoog with all their senses. In order to accomplish this the students were given assignments that stimulated the five senses.
In different workshops they reflected on the effects of climate change on the Wadden Sea. They did so incorporating video, dance, and games. The creativity of the students was in the centre of the projects. At the end of the workshops, they all went home with new knowledge about sea life, the Wadden Sea, and art. With the input of the students Sophia will create an artwork which will aim at creating a social and environmental impact on the surrounding region.

29 November 2022: We are an official Side Event of the Trilateral Governmental Wadden Sea Conference in Wilhelmshaven (Germany). Details will be published later this year.

The Danish project parts planned for the municipalities of Guldborgsund and Esbjerg are happening in 2023.

Stiftung Niedersachsen (for all three countries)

Stimuleringsfonds Creatieve Industrie (for the Netherlands)

Stroom Den Haag (for the Netherlands) 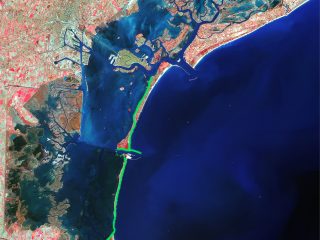 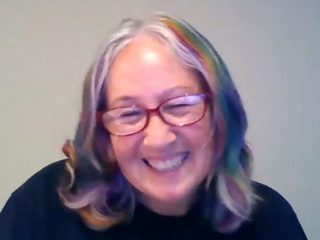