“WE ARE OCEAN Jakarta – Venice – Stockholm The Walk“

A contribution to Earth Day 2021 curated by Anne-Marie Melster 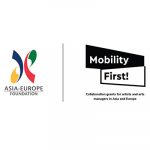 Linking three cities in different global regions with similar coastal issues and engage the public through a walk, discussions, and film screenings regarding ocean protection.

The Project drew attention to the cause of ocean protection, stimulated public engagement despite the pandemic, inspired particularly the younger participants to become part of an exciting and meaningful international art and ocean protection project, and changed their daily pandemic routine. Through the activities around 22 April and the further developments (Earth Day is only the starting point), young people will engage more with the ocean surrounding them, which will help them to be creative and courageous to speak about their dreams around the future ocean and how they can become part of a global movement, exchanging ideas and impressions, sending messages to other young people across the ocean.

The ocean is as dependent on us, humankind, as we are on the ocean. It is time to act, we talked a lot already. WE ARE OCEAN Venice – Jakarta – Stockholm engages civil society to start to take action by joint activities and commitments. Through the below-mentioned activities, we aim at intensifying public engagement bringing together local citizens, artists, museum staff, local politicians, scientists, school children, NGOs, educators, and more stakeholders.

The project connected people through a walk along the water lines of each city, speaking about the importance of ocean health and how impacting our anthropocentric activities are.

JAKARTA: Ziarah Utara for WE ARE OCEAN

How are Indonesian artists engaging with local communities?

“Ziarah Utara / Pilgrimage to the North (2018-current) is an artistic spontaneous action as artists living in Jakarta, one of the Asia megacities that have been struggling in facing an apocalyptic catastrophe. Without serious handling, 2/3 of the land area will be sinking. We were walking through disputed land, contested coastline, contaminated mangrove forest, and observing mutant fish due to the collapsing of ecological carrying capacity. On the next walk, which will involve local communities and selected participants (also limited due to pandemics), we plan to record everything we would experience. We plan to absorb through the body as a fascinating recording medium, optimize the whole body senses then transcript memories as strong inherent experiences into personal storytelling to reconnect the relationship with the sea we have continuously abused for a very long period of time. Through the walk, we hope to retrieve the dying soul of the ocean while it waits for good news from humans that never arrived.”

VENICE: Onde/Waves for WE ARE OCEAN

How are Italian artists walking the talk of climate action?

“Onde/Waves” (2021) is the first step of an inquiry carried out by Barena Bianca on the threshold space between the lagoon of Venice and the Adriatic Sea represented by the barrier islands of Lido and Pellestrina. This was initially performed through a walk covering the 15 km of the historical “Murazzi” (literally “big walls”), built in the XVIII century in an attempt to protect the city from the rising tides and storm surges. Such phenomena, called “acqua alta” (literally “high water”), have always existed, but have dramatically increased in the last century, rising from less than 10 per decade until the 40s to almost 100 in the 2010s. During the walk, Barena Bianca met the residents, recording their stories and localized knowledge, focusing on the relationship between them, the lagoon, and the sea, mediated by the seawall system.

The artists carried a mobile lamp, lighting it up at specific points particularly loaded with spiritual, natural, and historical energy. The humans who inhabit these liminal spaces were holding this lamp, they “shed light” on this deep bond, analyzing it also from an urban and social perspective, entangled in economic and landscape development. This project is connected to “Ziarah Utara” by Irwan Ahmett & Tita Salina, a walk happening in Jakarta, for many reasons a sister city to Venice also facing irresponsible development, subsidence, pollution, and increasingly devastating floods.

STOCKHOLM: Acupuncture Walk for WE ARE OCEAN

How does a Swedish-Sami storyteller and land activist practice healing?

“The earth has a form of an acupuncture system the same way as humans have. We even call planets heavenly bodies. That acupuncture system was once used to heal people in Sápmi too by Gunstars or healers formerly known as Nåjder. I learned this as a small kid from a relative who was a gunstar. Later on, I went to Beijing to study acupuncture and got stunned by the similarities in the 2 systems, so far geographically apart, also given that my relative was illiterate and learned the art from his ancestors. Knowledge by word and blood, slowly fading through each generation. I would like to revive this way of (re-)connecting to the earth and synchronize human and non-human bodies. Humans are more utilitarian today and often care only about “useful” places. So, by narrative and storytelling, seemingly insignificant and even ugly places can turn significant again, maybe even beautiful. “ (Åsa Andersson)

The 1,5 hours walk led by Sami healing artist Åsa Andersson  reconnected the participants with the nature hidden under the concrete and industrial railway site and the area surrounding Bonniers Konsthall. The artist led small groups of participants to so-called acupuncture points, places where people connected to the hidden energy to refill their batteries. The urban area is a so-called non-space with insignificant stretches of transport roads, a place which seems to be low on energy, but the artist, building upon her Sami traditional knowledge, researched places with specific healing powers to reflect about what it means to be a part of nature and not only of an urban context.

On 22 April 2021, Earth Day, from 15 hrs / 3 pm to 17 hrs / 5 pm CET an online fishbowl discussion, a talk, an interview, a screening with videos from Jakarta, Venice, and Stockholm will be organized hosted by Ocean Space Venice (to be confirmed) through Zoom with Youtube and Facebook Live Streamings. Details will follow soon. 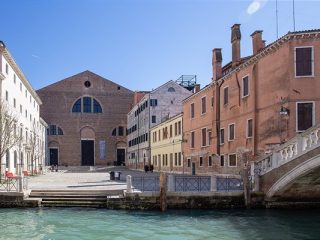 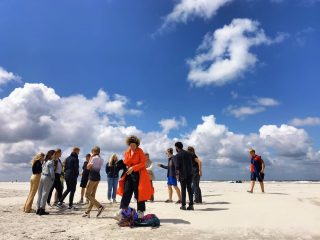 Next Project (n) WE ARE OCEAN WADDEN SEA