LA ISLA HUNDIDA was an interactive and educational art performance including artistic-theoretic workshops by Spanish artist Javier Velasco and curator Anne-Marie Melster to bring climate change and related issues to the children. LA ISLA HUNDIDA (The Drowned Island) involved thousands of children who were asked to produce a cutout island from a newspaper page.

The aim of this project was to raise people’s—and in particular children’s—awareness about climate change in a participatory way. La Isla Hundida strived to engage children by discovering their own creativity, to make them feel empowered and interconnected in their quest for solutions to the problem. Children are the citizens of tomorrow and they will be the housekeepers of this planet, therefore they are the ones who will take care of a positive change. And art is a powerful instrument to sensitize people about environmental issues, as Dr. Rajeendra Pachauri, Director of the Intergovernmental Panel on Climate Change (IPCC) pronounced during a conference he held at COP16, asked by Gustavo M. Ballesté of CINEMA PLANETA, if art can support the change of behavior to mitigate climate change.

This workshop and performance, which happened parallel to the largely inaccessible high-level discussions at COP16, the UN Climate Change Conference in Cancun in December 2010, in collaboration with the Foundation IPADE (Madrid) and Cinema Planeta (Cuernavaca, Mexico), reached the general public and the conference participants, and, far beyond Cancun, engaged citizens of the world. In Cancun and the area of the Riviera Maya, we worked with approximately 300 children of various schools and children which we gathered in public spaces.

In collaboration with the Spanish Cultural Center in Miami, more workshops were presented at The Mast Academy, Coral Way K8 Elementary, the Haitian after-school group „My Alternative Gang“. The artworks created by the children, the photographic and video material documenting all the workshops and performances which took place internationally, were presented in the exhibition „La Isla Hundida“ at the Spanish Cultural Center in Miami in February 2011 in order to reflect the engagement of children all over the planet and the effectiveness and interconnection of this kind of art & educational activities. 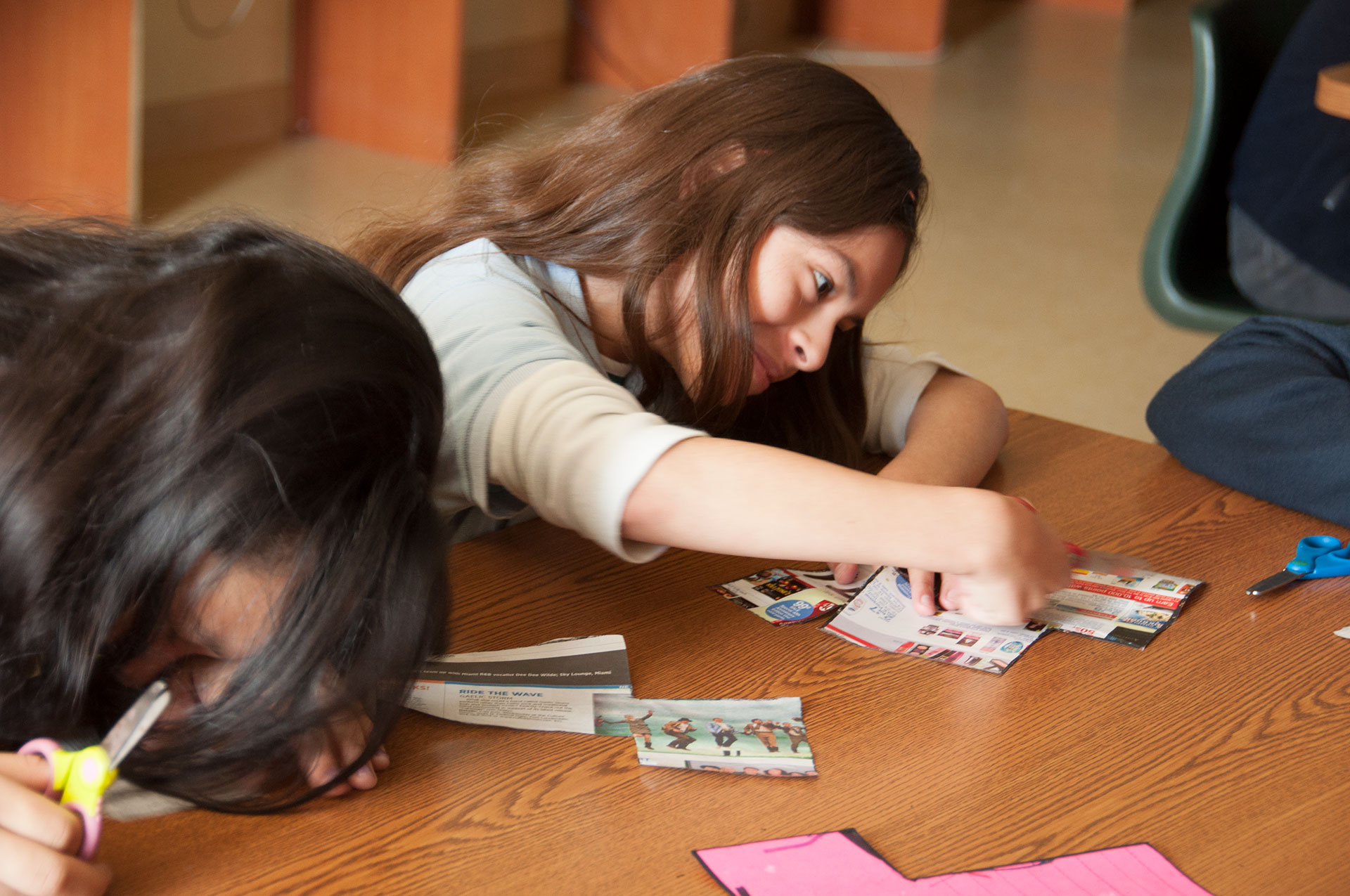 The theoretic part of the workshop explains the phenomenon of climate change, its causes, and effects, to the students and shows possible solutions engaging the children to change their behavior and to inspire their parents for a change. Animated videos, graphic explanations, and facts & figures explain the subject in a playful way.

–Understanding Fossil Fuels, What We Can Do, and How Trees Help

–Explaining the Importance of Corals 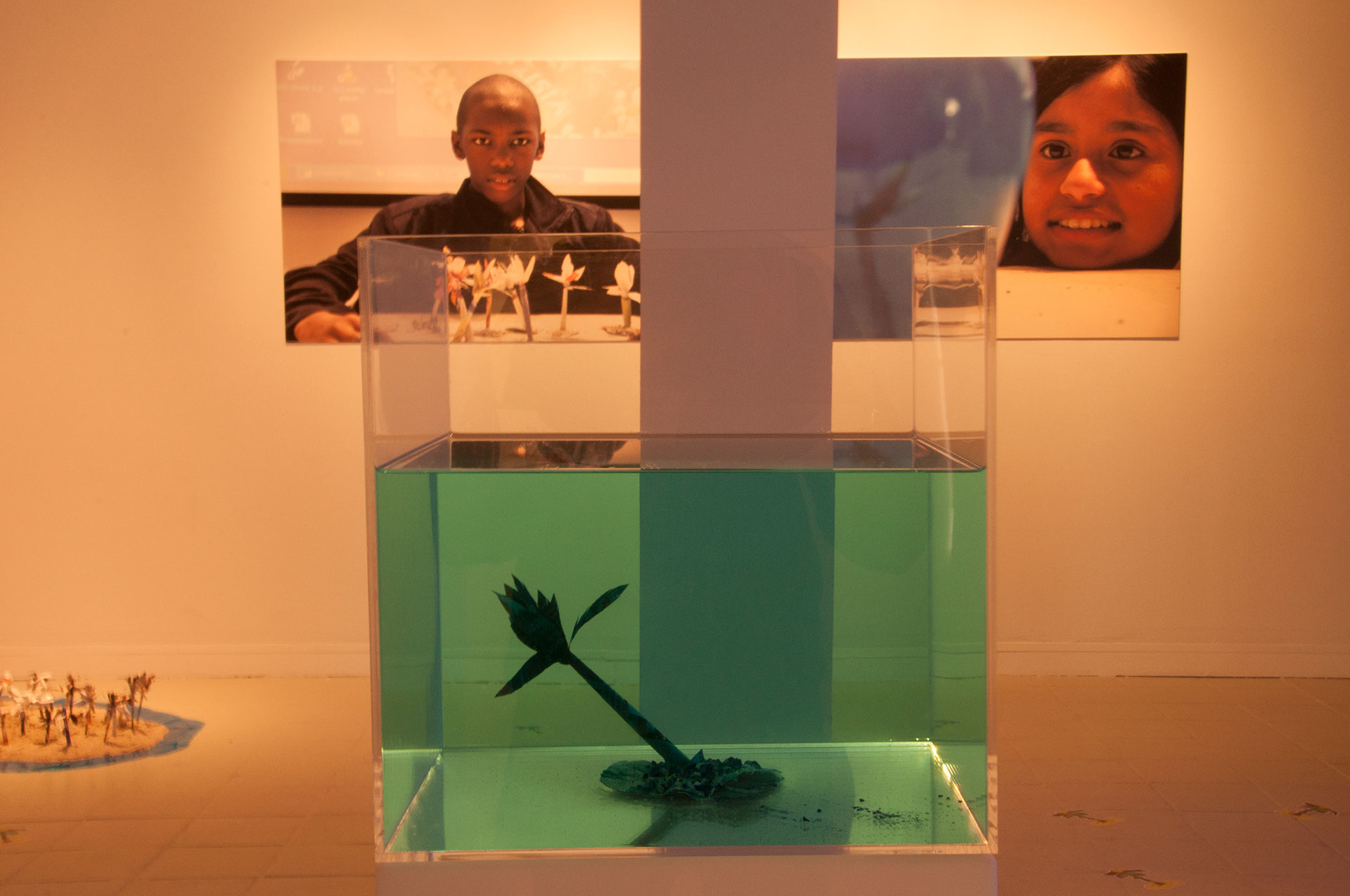 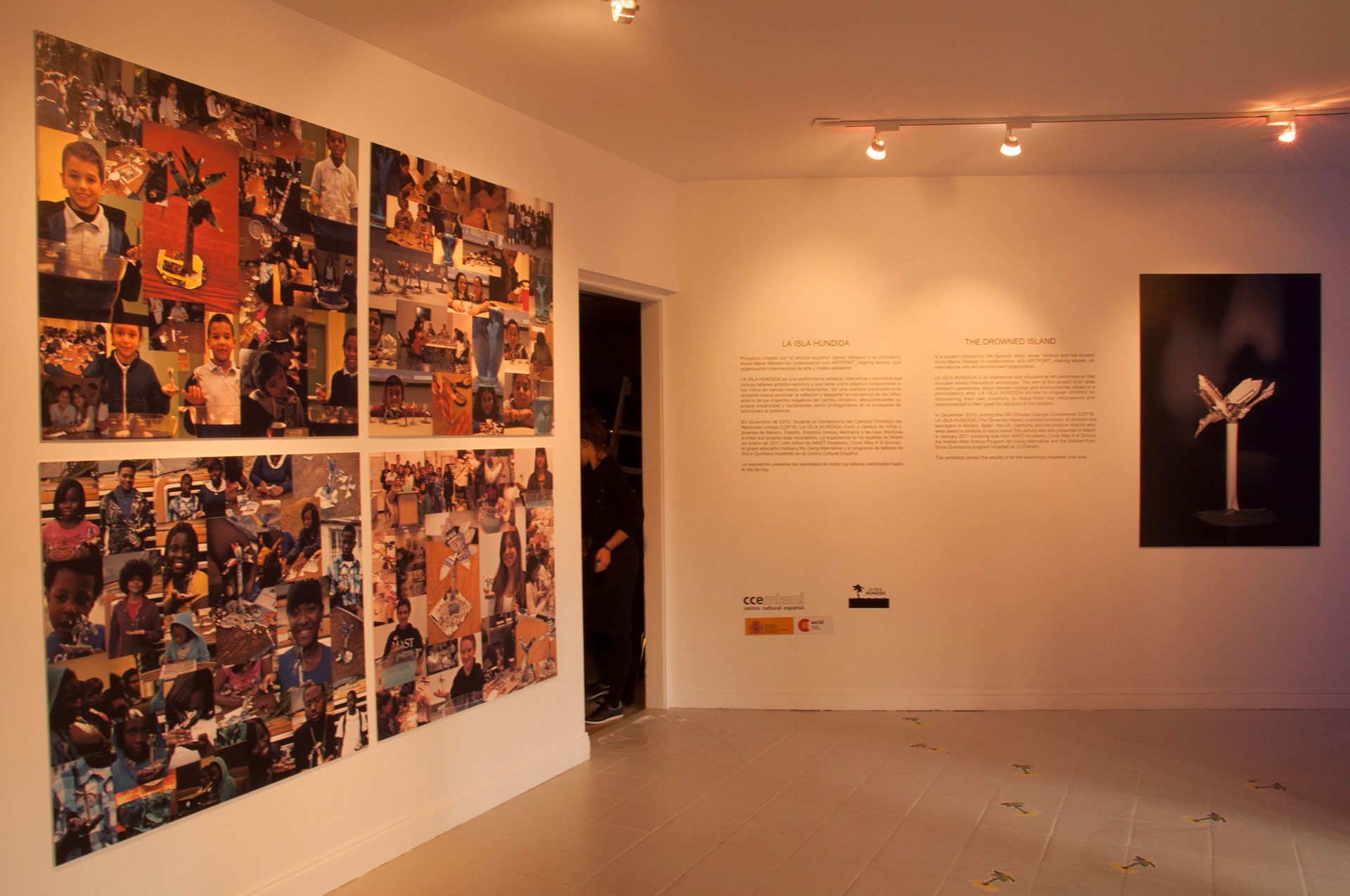 Javier Velasco will teach children of how to create a little cutout island of a recycled newspaper page and a natural glue made from flour and water. A video explains the several steps in a comprehensible way. By creating their own island, design it in their individual and sustainable way, the children will reflect on environmental issues in a direct way. They will feel more attached to something they built with their own hands and will identify themselves better with people directly afflicted by climate change effects. The artistic process will show children that they are able to do something extremely beautiful and create environmental awareness by using playful and simple instruments.

Concluding the workshop, the children will “drown” their islands in a water container. This symbolical mass drowning of thousands of little islands is a comment on the problem of rising sea levels, a direct consequence of climate change. During COP16, LA ISLA HUNDIDA worked with the government of the Maldives, who are particularly afflicted by this problem. 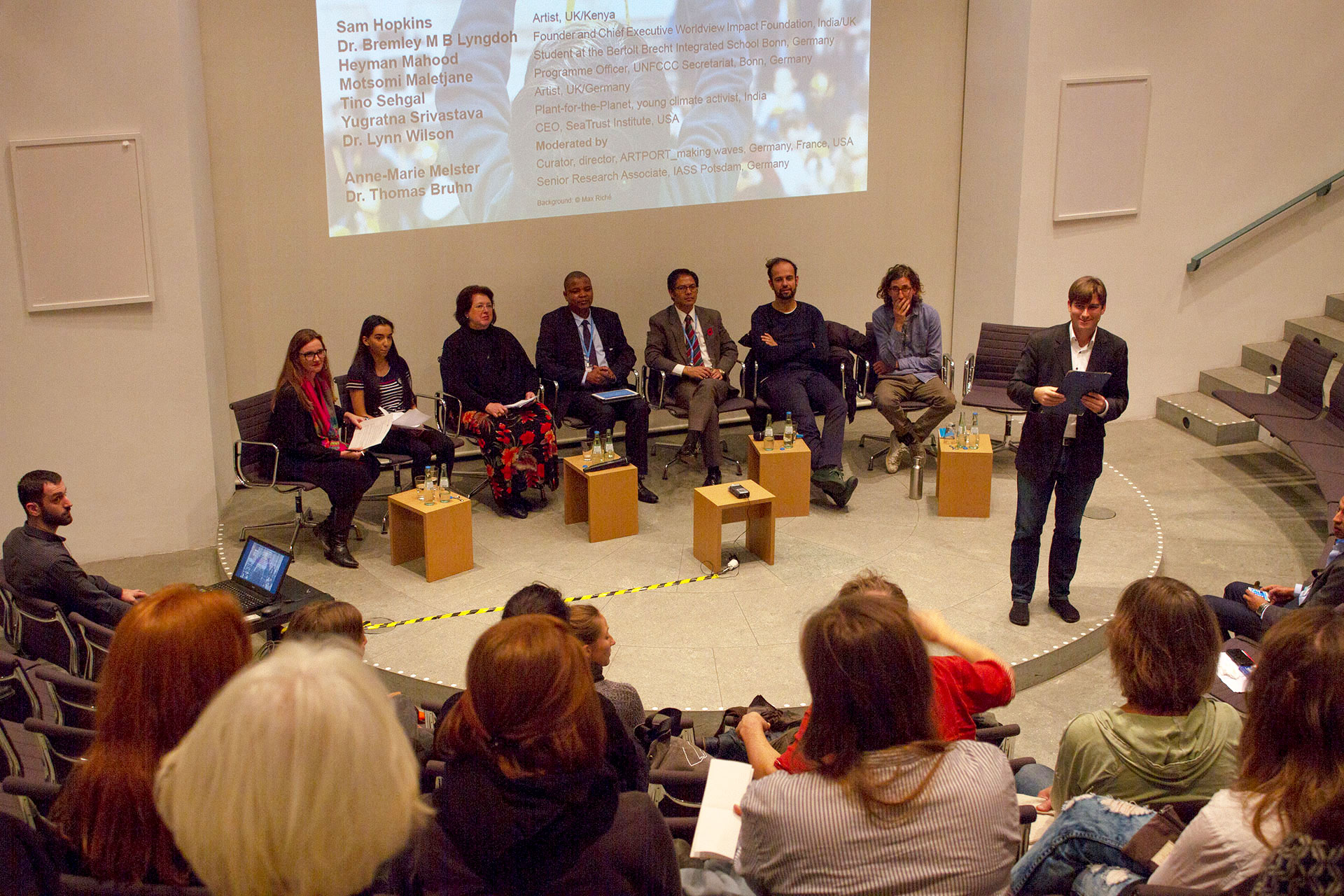 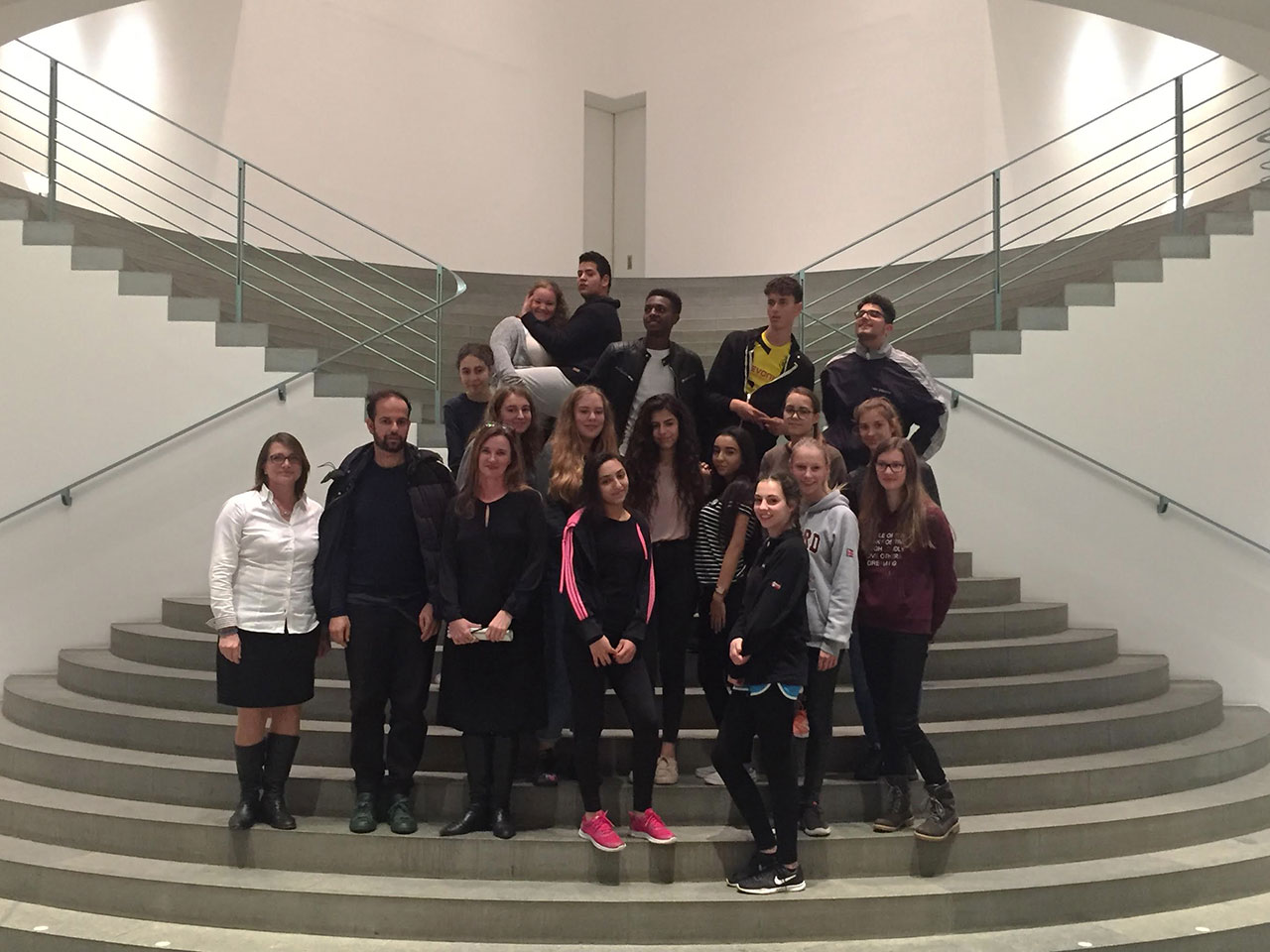