“WE ARE OCEAN, Berlin”

This event is part of the project WE ARE OCEAN / WIR SIND MEER BERLIN. It is kindly supported by STADT UND LAND Wohnbauten Gesellschaft mbH, the Stiftung Berliner Sparkasse and the Fonds Soziokultur.

For the fifth and last event at the State Studio Berlin, an independent project space for art and science, we presented the film “WE ARE OCEAN” by the Berlin-based artist Lisa Rave for the first time in full length, which emerged as a result from the eponymous series of workshops with students from Berlin and Brandenburg. Christian Rauch (Director State Studio) led a final student workshop that formulated future scenarios for climate protection of the ocean. After the film presentation, the students described their results in three short conversations with one member of the WE ARE OCEAN team and one of the participating educators and the audience. At the same time, the approximately one-hour program of artistic short films on the subject of sea and ecology, poetry and politics, WE ARE OCEAN – A curated Film Program, which was specially curated for the project, was presented with positions by Ursula Biemann, Forensic Oceanography, Tue Greenfort, Michelle-Marie Letelier, Parvathi Nayar, Ana Vaz, Susanne M. Winterling, Marina Zurkow. 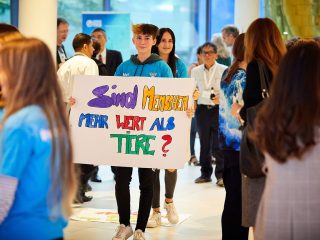 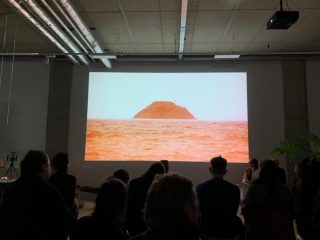